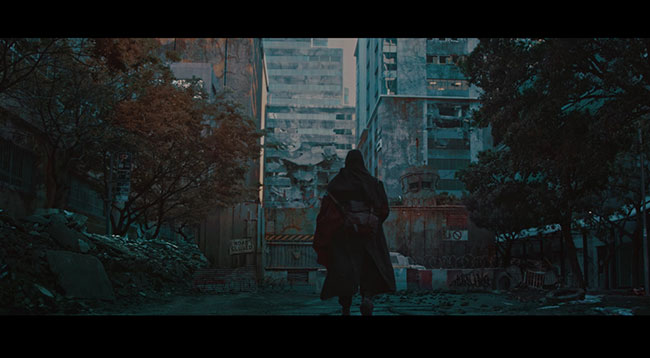 "There is no doubt that his talent is rare and he has a unique voice. His ability to work with people from different backgrounds, points of view and level of experience is invaluable."

"Desmond Denton is well established as a storyteller in the South African film industry, My company has worked with Desmond on several productions, and we believe he is an asset to the global film industry."

"Desmond is an exceptional director and writer, truly passionate about telling stories on screen. He has an amazing talent and I am sure his career will continue to be a success."

"It was a pleasure and honor to have Desmond as the assistant director on our film Jagveld. Your professionalism and work ethic made a big difference in accomplishing the production. "

"Desmond is a dedicated hard worker and has high aspirations."

"This South African Drama / Thriller impressed our judges with vibrant cinematography and well paced action sequences. The pacing works great at well and keeps the suspense going up until the very end."

"It is an honor to showcase your film to our many attendees to represent the future of African motion pictures. Thanks for your contributions in rewriting the African narrative"

"As an actor I have worked closely with Desmond Denton on various productions. This started of as early as film school where we worked together on a number of productions. In film school he already stood out and won awards for his graduate film Vaderland, selected at international festivals."

"Desmond!! It was an absolutely pleasure working with you!! Thank you for all of your hard work & dedication, and for making my SA film experience that much more memorable. I hope we get to work together again! "

"His ability to bring together heartfelt stories (with values) at a high production value, are a rare find."

"Desmond was a guest speaker presenting master classes, facilitating the film competition and mentorship. The quality of his work and understanding of making films within an African and or third world setting greatly contributed to making the sessions useful and leaving students with immense practical insights "

"I am thrilled to be able to work with Desmond ~ he is bringing people together to share a story, inspire environmentally friendly habits and a message that will leave a lasting legacy. "

"Desmond was truly an asset during the making of "Planet of The Sharks". His Assistant Director skills were key towards bringing together an excellent crew. During pre-production he proved to be our saving grace, even securing our lead actor Brandon Auret (District 9), on a very short notice. His presence not only helped us complete our project, but lifted morale. It would be a pleasure to work with him again"

"Desmond has such a calming, relatable and open presence that makes talking and working with him awesomely interesting. One thing that stood out for me during our conversations was his passion and optimistic spirit for the work he creates."

"It's not everyday you find a storyteller with the right fusion of vision, passion, heart and the technical expertise to pull it off. Desmond Denton embodies everything all great storytellers are- his relentless pursuit of using media to impact others is not only inspiring, but riveting to watch unfold."

"The South African filmmaking community has been experiencing tremendous growth, and Desmond Denton has emerged as a bright star."

"Sincere, diligent, honest, punctual, professional, creative, are all words that spring to mind but the list goes on"

"He directed moment to moment paying attention to fine detail. From the get go I gravitated to the story."

"We have first hand witnessed his gift and passion for telling stories. We are excited to be representing Desmond Denton."

"Desmond's film have formed the foundation of our lineup and we are proud to carry his work."

Desmond Denton loves to explore the unknown and to see the familiar in a new way. The logo of a wolf on the web is an invitation to a hidden world. A curious, never fully tamed wolf is the one that is watching you as much as you are watching it. The films that Desmond makes are windows into other dimensions, but looking at new worlds in these windows, an observer can see his or her own reflection.